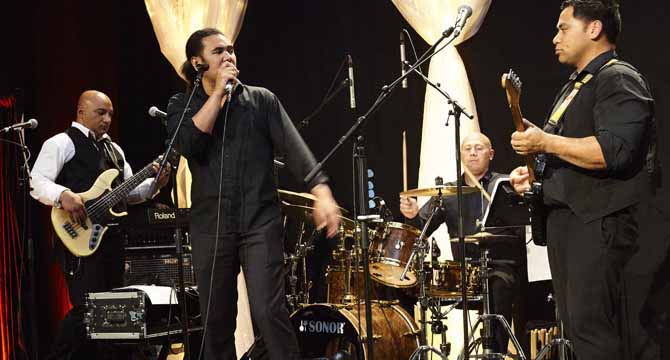 Black Salt is an explosive four to seven piece covers band whose energetic live performances, versatility and exceptional musicality has seen them perform at many successful events for a huge array of corporate clients.

Black Salt has an extensive repertoire of contemporary popular music ranging from 1970’s soul, R’n’B and classic rock through to the modern pop and Top 40 hits of today. The band can adapt to suit any function or event and approach all gigs with a professionalism and excellence second to none.

Black Salt are excited to also include the amazing Frank Nastri featuring on percussion as our latest inclusion to the bands line up extending the band to the 7 piece option. Frank is truly world class - you just need to Google him and you will see how incredible he is. His subtle yet dynamic touches adds such beautiful touches to the bands overall sound and feel. He has to be seen to be believed.

Formed in 1999, Black Salt started out performing at friend’s birthday parties and weddings and doing pub gigs at Debretts bar and Europa in central Auckland. In 2004 they began a residency with the Cock and Bull pub and have continued to perform regularly at Botany under the new ownership Doolan Brothers. Early 2015, Black Salt moved to the viaduct to become the resident weekend band at the famous Danny Doolans Pub.